The Moose in Mount Kineo 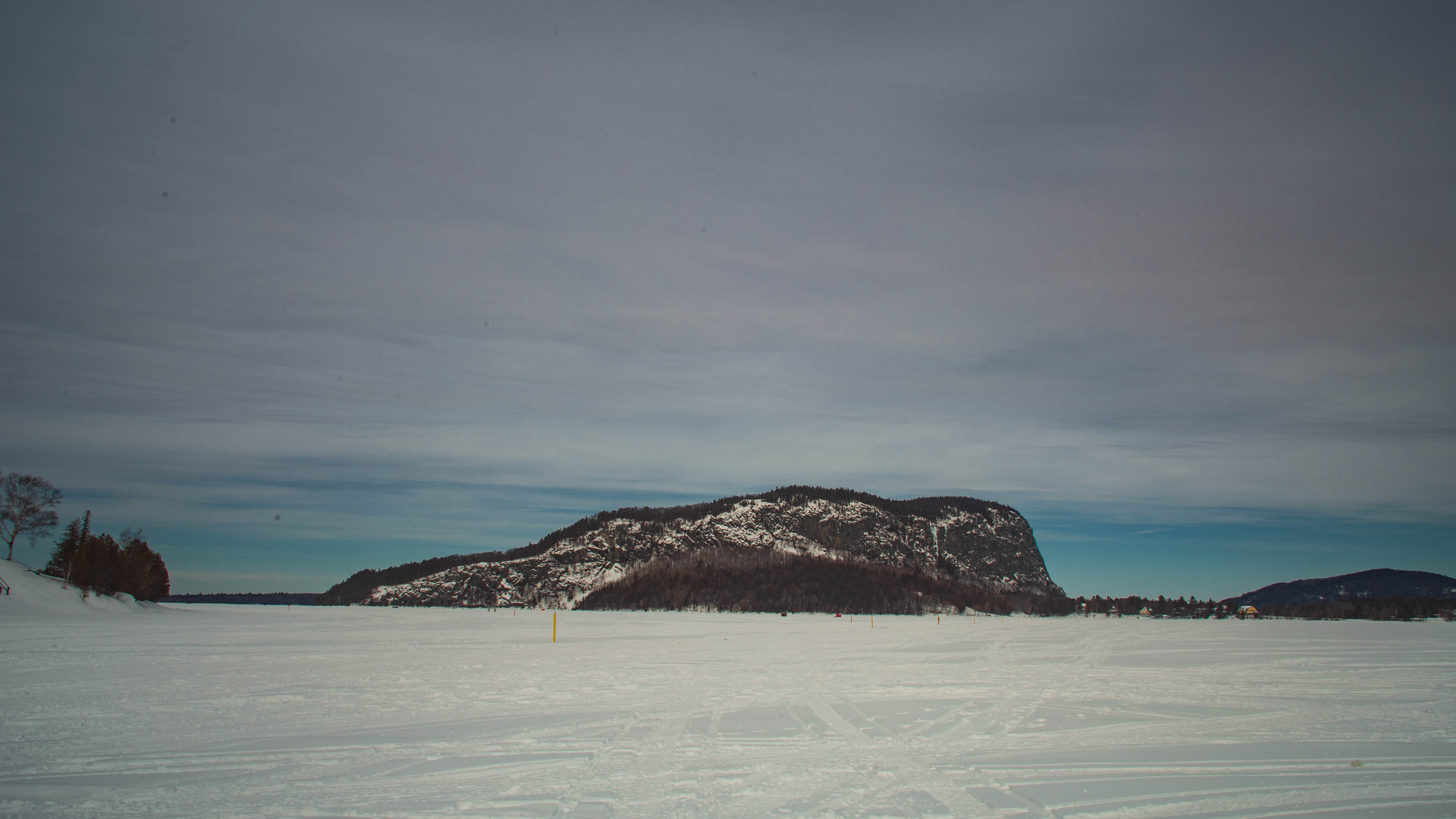 On Friday, July 24, 1857 Penobscot Joe Polis guided Henry David Thoreau the length of Moosehead Lake. Joe Polis paddled the birchbark canoe that he made himself and Thoreau rode in the bow of a boat that he likened to an eggshell. Thoreau recounted that trip up the lake,

While we were crossing this bay, where Mount Kineo rose dark before us, within two or three miles, the Indian repeated the tradition respecting this mountain’s having anciently been a cow moose, —how a mighty Indian hunter, whose name I forget, succeeded in killing this queen of the moose tribe with great difficultly. (The Maine Woods, Thoreau).

The tradition is a well-known Penobscot Oral Tradition. The mighty hunter is Gluscabe. In that tradition, Gluscabe was teaching Penobscot hunters how to hunt moose. The party came upon a large lake and spotted a cow moose on the shore. Gluscabe bent down and picked up a sharp stone from the ground, affixed this to a stick and notched it in his bow and shot the cow moose dead. The moose was as large as a mountain and as the team approached, they realized she had become a mountain of stone.

What is important to realize is that the moose did not turn into just any stone, she turned into that stone that Gluscabe had picked up and affixed to a stick. She became a repository for stone perfect for arrowheads and other tools. This is an important point as this is reason for the story, it is not just a story about how to hunt, but where to find the resources to complete the hunt.

It is well known that Kineo is a repository for many Native American groups seeking the sharp Rhyolite which formed the belly of that moose. The stewards of that place were the Penobscot family who wintered over in that area. The Sturgeon Family (Sockalexis) has a deep connection to that place.

In 2014, on a recreation of Thoreau’s 1857, Chris Sockalexis was chosen to paddle the Moosehead Lake region of the trip. His training is as an archeologist and river guide. The first day of paddling the length of Moosehead Lake brought them just past the precipice known as Mount Kineo. While the evening meal was being prepared, Chris began flint knapping stones into arrowheads. The other participants watched as Chris chipped away at stones that he harvested from the belly of the cow moose. The participants watching Chris create an arrowhead became spectators to a tradition that stretches back thousands of years. The fact that it is taking place in a space that generations of Penobscot people had done the same activity connected Chris and the spectators back through time and to his Penobscot ancestors. Each strike of the stones echoed through the fabric of time… What is remarkable is that Chris was not only connecting with Penobscot ancestors, but he was also connected directly with his lineage.