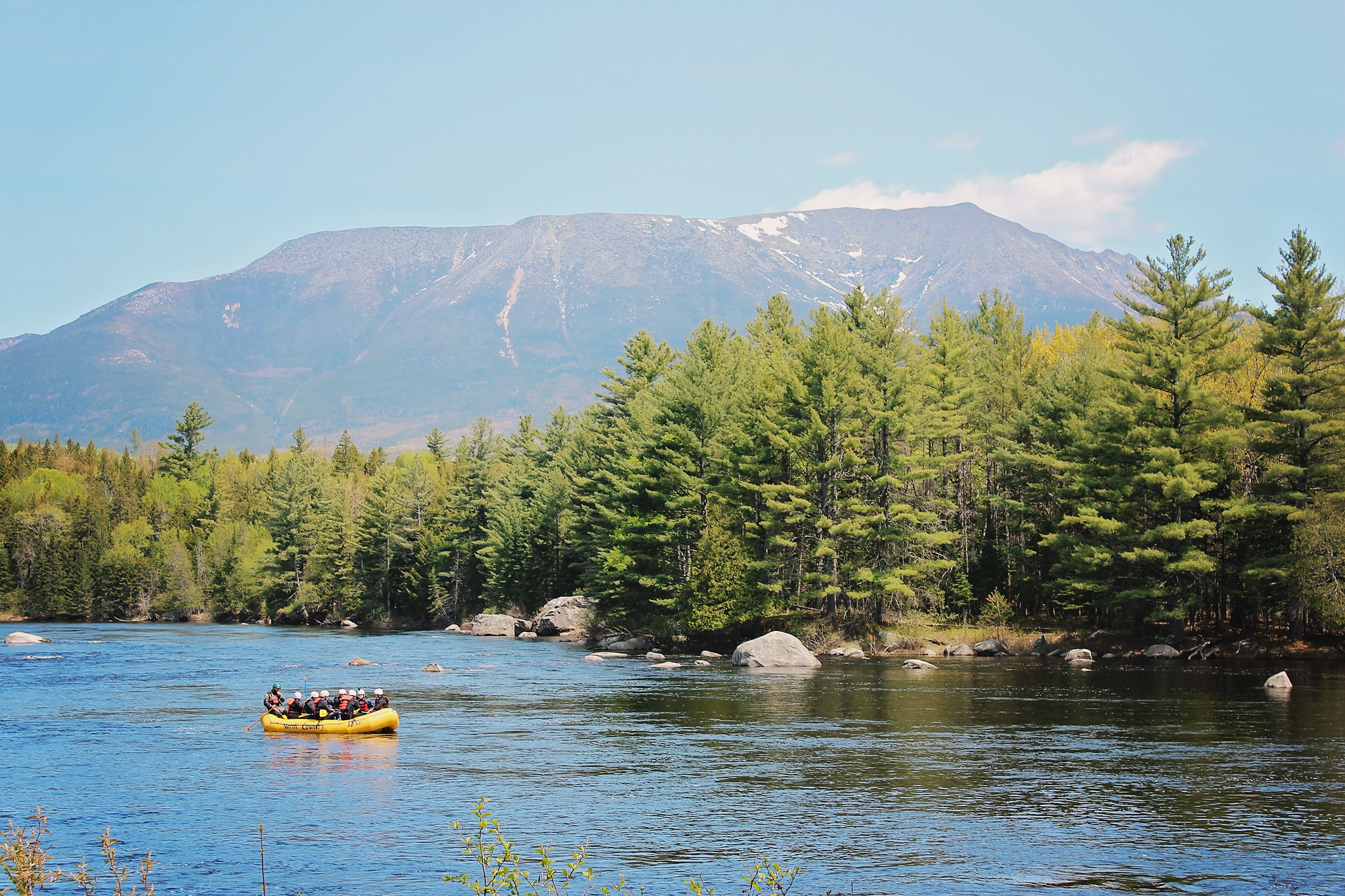 Another one of the state of Maine superlatives boasted by The Maine Highlands is the Penobscot River, the longest river in the state. Stretching over 350 miles, the Penobscot River is a lengthy, majestic river which flows east into the Atlantic Ocean. The Penobscot River consists of four main branches and originates from several different lakes within the state. This rugged river is flanked by strong woods and is a true picture of natural beauty.

The Penobscot Indian Nation were the first settlers along the river, artifacts found along the river indicate that there were people fishing in the river and surrounding areas about 8,000 years ago. The river transformed into a transportation highway for logs from the North Maine Woods, floating the logs into lumber mills in the Old Town, Orono and Bangor areas.

The river was also the source for sawn ice in the late 19th century. During the 20th century, lumbering was still the main economic driver in the area. Mills located all along the river, from Millinocket to Bucksport, papermaking was the industry to be in. With the close of the 20th century and the sudden decline in the paper industry, the Penobscot River became more associated with recreational use and less with industrial manufacturing.

Today, some of the best fishing can be found along the shores of the Penobscot River. The West Branch of the river is known for its landlock salmon fishing and the East Branch is very well known for its Smallmouthed Bass Fisheries.

Allagash Wilderness Waterway
The most stunning wild waterway preserved in a forever natural state. The Allagash River and the lakes and ponds that join it were once a...

Gulf Hagas
Located inside of the Katahdin Iron Works Forest is Gulf Hagas, a National Natural Landmark. Part of the Appalachian Trail and the 100 Mile...

Penobscot River Corridor
For a more aquatic adventure, one should look towards the Penobscot River Corridor. From canoeing to white water rafting to fishing, the...
3
Loading...
[6 of 3]
Deals
Moose Woods Guide Service, LLC
Moose Woods Guide Service, LLC, is the answer for the greater Katahdin Region’s visitors that are seeking adventure in Maine’s iconic North Woods. We are a four seasons guide service that can tailor high quality outdoor experiences for as little as a few...
5-Day Allagash Canoe Trip
We've been paddling the Allagash for over 30 years. This Allagash trip is our best trip for spotting moose. This adults only 5-day trip starts at Churchill Lake skipping the large headwater lakes ending at Michaud Farms. All you’ll need is a sleeping bag...
View All >